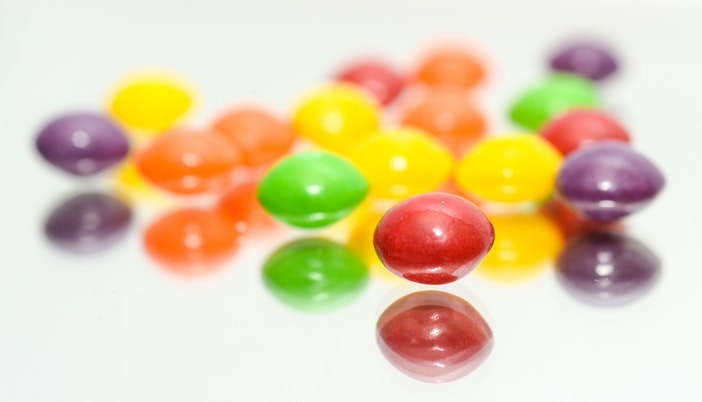 As with many processed foods and treats, the simple question of “Is it vegan?” doesn’t always have a simple answer. Technically, yes, Skittles (with the exception of the Blue Moon ones) have been suitable for vegan consumption since 2015, but there are a few other technicalities that some vegans may take issue with.

There’s no doubt about it; Skittles played a crucial role in developing the sweet tooth of many of us when we were kids. They are sweet, acidic, fruity bursts of joy that quite literally allow us to taste the rainbow!

Skittles were first made commercially in 1974 in the UK. The name, “Skittles”, comes from the sports game of the same name, named as such for the resemblance of the sweet to items used in the game.

While predominantly an English sweet, they are also popular state-side, and were first introduced in North America in 1979 as an import confectionery. They are currently owned by the company Mars.

While Skittles are technically vegan now, this hasn’t always been the case. Skittles, along with many other sweet treats, contained gelatine (gelatine is a translucent, colourless, flavourless food ingredient, commonly derived from collagen taken from animal body parts).

And even with the new plant-based rebranding, there are still a few ingredients that many vegans may take issue with.

The Questionable Ingredients in Skittles

While modern Skittles no longer contain gelatine (or any other components directly sourced from animals), a few of the sweets’ ingredients may not sit well with all vegans.

The primary candidate is the artificial colouring used (particularly the red) in the sweets. Many confectionary companies use a red dye that has multiple names (such as Carmine), and Skittles are said to have used this too.

Skittles’ parent company is Mars, who are known to sponsor various company’s testing their products on animals. This is their current statement on their testing policy:

“In the day-to-day development of our chocolate, gum and confection, food, drinks, and pet care products we do not undertake, support or sponsor studies that harm animals. This represents the vast majority of our activities and products.”

However, this is then added:

“We may sponsor a limited number of studies involving rats, mice, fish and other aquatic species.”

While palm oil itself is vegan, the sourcing of it contributes to mass global deforestation, and destroys by way of fire, the homes and habitats of many rainforest-dwelling creatures. Naturally, this holds little appeal to those who have chosen a vegan lifestyle for ethical and sustainability reasons.

Technically, yes. But the same blurred lines apply to vegetarians as they do to vegans. While Skittles contain no meat or dairy products, they contain artificial colourants made from bugs – so it’s down to the individual’s personal discretion as to whether they are comfortable eating the sweets or not.

Vegan Substitutes for Skittles in the UK

If you don’t fancy eating a product with bug dye (or that contributes to the destruction of the world’s rainforests), but still want to get that sugar fix – here is what is available to you: 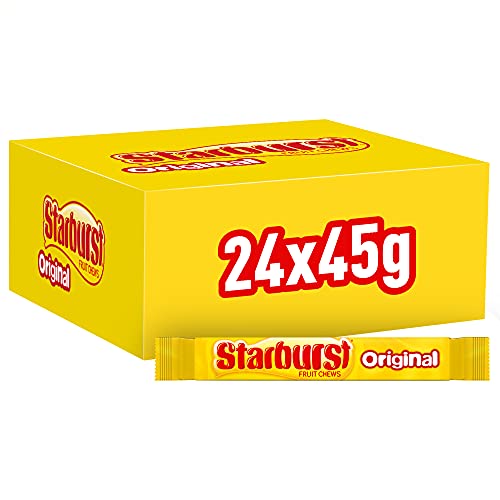 If you simply can’t get enough of Skittles juicy flavour, why not make your own homemade vegan Skittles cookies for the ultimate movie snack?

So, we have discovered that Skittles do not directly contain any immediate meat or dairy products, however, many of the artificial dyes used for colouring (such as Carmine) are sourced from the wings of a bug called the cochineal insect.

We have learned that Skittles used to contain Gelatine, which was removed from the UK ingredients circa 2015.

If sweets containing Carmine (or other controversial products, such as palm oil) do not appeal, there are many other fully-vegan sweet options available in the UK.

Conversely, if you can’t help but indulge in some fruity, Skittle-y goodness, why not bake some delicious vegan cookies for the ultimate movie snack?