Burger King has three official vegan options on their menu, including Vegan Nuggets, the Vegan Whopper and a Vegan Royale. In addition, there are other side dishes and drinks that are suitable for vegans so you will not go hungry at this restaurant.

If you are a fan of burgers you will be glad to know that Burger King now has dedicated vegan options on their menu. There have always been a couple of vegan options in terms of fries and drink but the popular brand now has a menu that is delighting vegans.

We take a look at the Burger King UK menu in detail to see what is and isn’t suitable for a vegan and plant-based diet.

One reason why it is important to take notice of our research is that it is not always straightforward and to what is and is not vegan. The main reason why some menu items may appear vegan but are not is the issue of cross-contamination.

If Burger King cooks some menu items in the same place, for example in the same fryer, as a non-vegan option then strict vegans may not like to eat those products.

It could be something small like milk-based products being kept in the same fridges as vegan products but there could be the possibility that non-vegan burgers are cooked on the same grill as vegan burgers, so we will help you work it all out.

The Vegan Society has registered some Burger King products with the vegan trademark as they meet the standards to be deemed 100% vegan friendly. Having a vegan trademark means that all products should be prepared in an area away from any non-vegan products so that there is no risk of cross-contamination.

This could mean that each Burger King restaurant has a septette peroration and cooking area for vegan products or that all areas including work stations, storage areas and utensils, are thoroughly cleaned so that there is no trace of any animal products or animal by-products.

While the vegan trademark gives these guidelines to Burger King and other restaurants it does not 1005 confirm that there is no risk of cross-contamination. You will notice that Burger King has allergy advice in which milk, eggs and other animal products are named which means that they cannot guarantee that products are completely allergen-free.

Here is the list of vegan-certified items at Burger King UK to help you make your choice at the restaurant:

Launched in 2021 the Burger King Vegan Royale was welcomed by vegans and those who eat a plant-based diet.

The dish is made up of a crispy ‘chicken’ fillet in the style of a chicken burger inside a sesame seed bun with lettuce and bean mayo, The ‘chicken’ fillet is made by The Vegetarian Butcher which is a well-known brand that produces high-quality vegan products.

Burger King UK Marketing Director, Soco Nunez, says that “we would go as far as to say it’s an identical taste experience to the original Chicken Royale.” We have tasted the Vegan Royale and agree that the burger does taste very good and is good quality compared to many faux chicken fillets.

If you are a vegan or follow a plant-based diet and you do not like products that offer a meat-like flavour then this burger may not be to your taste but if you miss eating meat and are seeking replica burgers then we think you will like this Burger King Product.

The fine print on the Vegan Royale shows that this product’s patty is free from cross-contamination which is conformed as there are no allergens that raise alarm in terms of them containing animal products.

The bun, however, does have eggs and milk as a listed allergen so it may be cross-contaminated with other products during the manufacturing process. If you are a vegan and do not mind cross-contamination this product would be ok to eat but take care if you do have allergies.

Brand new for 2022, Burger King launched their vegan nuggets in January and they are already very popular. You can buy the Vegan Nuggets in batches of 6, 9, or 2.

It is common to have them with Heinz Sweet Chilli Sauce or Heinz Barbecue Sauce which are both vegan-friendly. The chicken-style nuggets are, once again, much like the real deal so will suit those seeking meat replicas rather than vegans who prefer more natural ingredients.

If you like burgers but are not keen on fake meat then the bean burger could be the best option for you. Traditionally, the bean burgers at Burger King had a cheese topping and were prepared next to standard beef burgers but they are now certified vegan as the cheese was removed and they are cooked away from meat products.

The bean burger is, unfortunately, not always on the menu and is often seasonal, for example during Veganuary. Keep an eye out for it coming back to the menu throughout the year.

The Burger King Kids Vegan Burger is a good alternative to the fake meat burgers if there is no bean burger on the menu. Some vegans prefer it to the Royale as it has a non-meaty flavour but is still tasty.

While aimed at kids it is ok for adults too and you can always get a side or buy two burgers if you are feeling hungry.

The Vegan Society has certified the fries at Burger King chips as vegan-friendly. This means that they ate prepared in separate frying vat away from any non-vegan products.

They are, however, not 100% free from contamination due to sharing of oil filtration systems in the restaurants. The chain uses a VITO Fryfilter which is used to filter all of the oil, including oil that has cooked sausages, chicken and fish products in.

The Vegan Society considers this risk of cross-contamination to be low so many vegans will too.

A great side dish if you are feeling healthy and one that is Vegan Certified by The Vegan Society. These items are also free from cross-contamination.

Capri Sun drinks do not contain any animal by-products and are therefore certified by The Vegan Society. You can get two flavours at Burger King, including orange and blackcurrant and apple.

If you are not strict about cross-contamination there may be more items on the Burger King menu that are not on the Vegan Certified list.

It will depend on your personal preferences as to what cross-contamination is acceptable, such as in the oil filtration system, and some that are not, such as cooking items on the same grill as meat products.

While all of the ingredients are suitable for vegans and vegetarians it is not suitable as it is cooked in the same broiler as the standard beef Whopper. This means that there is a high chance that your vegan dish has meat juices running through it.

Now without the ‘three-cheese medley’ the side salad at Burger King’s is no vegan-friendly as it does not contain dairy products. There is also no risk of cross-contamination so it is a healthy option for vegans.

It is not clear why this is not certified as vegan but it could be linked to the fact it used to have an option to contain cheese.

While the hash browns and the onion rings are vegan in themselves they are prepared in the same oil as non-vegan products such as halloumi cheese and chicken nuggets.

The below Burger King toppings are all suitable for vegans:

There is a range of hot and cold drinks that are ok for vegans to drink. Be careful to add vegan plant-based milk to hot drinks.

If you care about animal cruelty then you may boycott Coca-Cola due to their historical links to animal testing.

There are new Burger King vegan dishes that will appeal to those looking for meat substitutes, such as the vegan nuggets and vegan Royale. If you prefer vegetable-based products you have the options of fried and salads or the kid’s burger when. 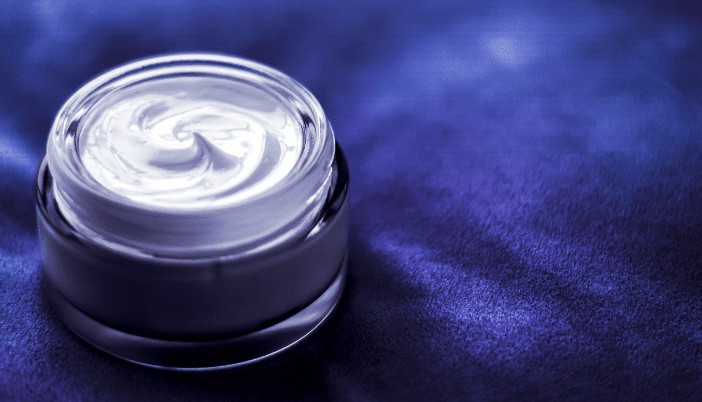 For over 50 years Dove has been a favorite beauty brand for women. It’s not hard to see why. The company prides itself in providing skin and beauty care that is gentle and moisturizing. Since 2010, Dove has also been catering to males through its Men+Care range. It’s a popular brand in Latin America, ranking…

Fruit-flavored candy Mike & Ike is popular in the United States and has recently grown to include root beer flavorings as well as other varieties. ‘Just Born’, a corporation founded by a Russian immigrant named Sam Born, first introduced and created the brand in 1940. It’s common for people to believe that Mike and Ike’s… 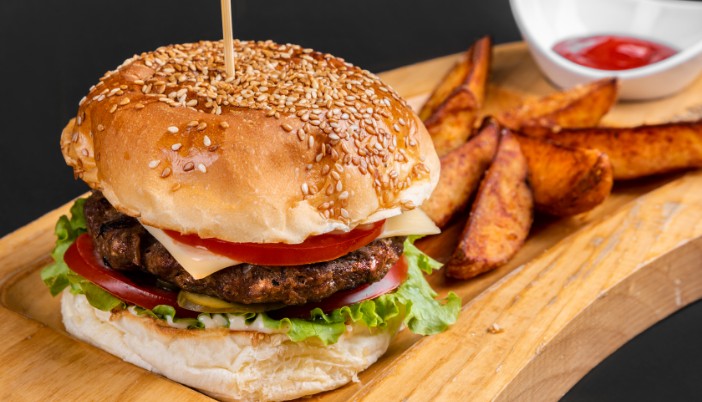 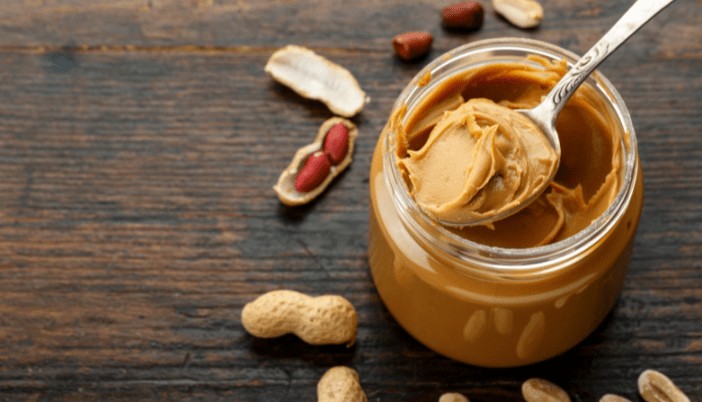 Peanut butter fanatics looking to embrace a plant-based or full vegan diet need not despair! Everyone’s favorite sandwich spread is (generally) suitable for vegans. Peanut butter is a popular pantry item for many households, and it is also a high-protein, nutrient-dense meat/dairy alternative for many vegans. There are innumerable peanut butter brands currently on the… 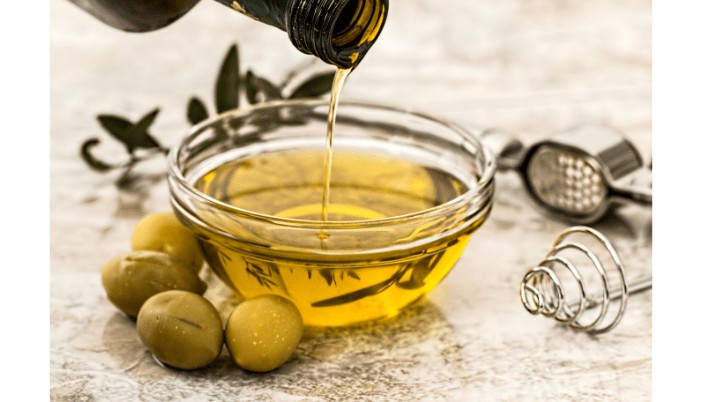 Olive oil has a rich history stretching back over 4,000 years and is a primary industry of Lebanon. In the Mediterranean countries, olive oil is a rich part of the diet and provides a wide range of health benefits.  Yet, is Olive oil something a vegan should be using?  The simple answer to that is… 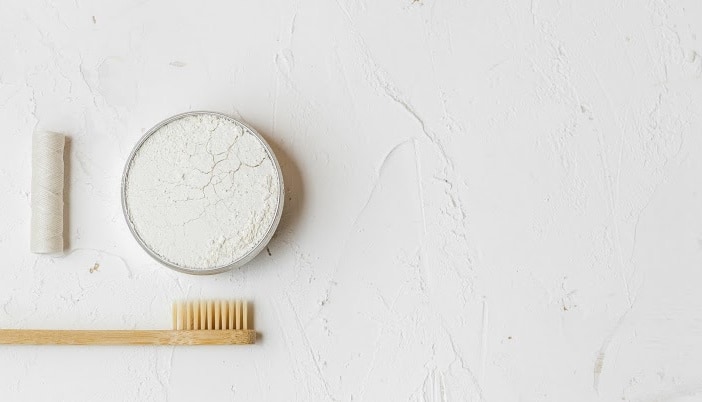 Top 7 Vegan Toothpaste Brands We’ve been vegan since 2014. It’s been absolutely amazing to see our modern world becoming more aware of the effects of animal testing. More and more brands are moving towards creating vegan products because the demand is off the hook! On one hand, the influx of vegan products makes it…