Haribo, a sweets manufacturer from Germany, produces a wide variety of sweets for both the European and the global market.

Some of these are made with vegan-friendly ingredients, but most of them are unsuitable for those following a vegan diet.

Haribo is a sweets and confectionery organisation that makes sweets consumed popularly in Europe but broadly around the world. They are German in origin and produce a variety of soft-to-hard gummy sweets and more specialised types.

Haribo is known for producing regular sweets, sour varieties, and fun “mix” bags often found at parties. If you are a vegan or have a child who follows a vegan diet, you may be concerned about whether Haribo produces vegan sweets.

Parties for a wide variety of people, particularly children, may be in need of a vegan and vegetarian-friendly option.

Haribo is commonly used as a catch-all term to refer to Starmix or other popular mixes of Haribo sweets and candy such as Tangfastics. When considering if Haribo is vegan, broadly, they cannot be deemed to be entirely so.

There are some items that Haribo produces that are vegan, and some of these are found in UK retailers. Still, these items are also contested by some in the vegan community.

They may not be consumed by those strictly against any possibility of animal-derived products in their food. Haribo should not be considered broadly vegan?

Those who do not follow a vegetarian lifestyle may question how sweets like Haribo may not be vegetarian, given that it is uncommon that they contain meat or meat flavourings. However, Haribo does include some non-vegan and non-vegetarian ingredients within its products.

Many Haribo are not suitable for those on a vegetarian diet. However, Haribo products suitable for vegetarians are now often marked with a green logo on the bag in the United Kingdom that denotes that as “Suitable for Vegetarians”.

If you are a vegetarian, look out for these specially marked bags. However, some bags may not be marked with these, and it is best to check the back of the pack and the ingredients to see whether the components are vegetarian friendly.

Are there any production processes that you should be concerned with?

Gelatine, also spelt as gelatin, is an ingredient found in various foods, particularly desserts and soft snacks like gummy sweets. It binds elements together to create a jelly-like texture in chewy sweets and gelatinous desserts.

It is commonly sold and used in desserts and baking at home and commercially, but what is it made of?

Most gelatine found in shops and online is derived from pigs. On the packaging of Haribo, this is generally denoted as “pork gelatine”.

Pork gelatine is a byproduct of the pork industry, where pigs are slaughtered for consumption. This is because the gelatine is created by processing wasted parts of the pig, particularly the bones, muscles, and tendons, to derive the jelly-like matter used in cooking and baking.

It is generally flavourless and does not trace a particular meat texture or taste. Consequently, many vegans and vegetarians will not be aware that it is in their food.

If you are following these diets or lifestyles or are concerned about including this ingredient, be cautious when consuming desserts and sweets.

Check the packaging if possible, but in particular, keep an eye out for soft, gummy, and jelly-like textures in foods as these are challenging to achieve inexpensively without pork gelatine.

Is gelatine in Haribo vegan?

Gelatine is not vegan. This is because those who follow a vegan diet avoid animal products and animal byproducts.

This includes the direct consumption of animal tissue, such as meat. This also incorporates abstaining from byproducts of animals such as cow’s milk, cheese and butter made from the milk of animals.

It also extends to items like honey made non-lethally that encourage captivity and open the possibility of cruelty towards non-human creatures.

Those who follow a vegan diet may do so for religion, personal belief, animal welfare and rights, or health and allergy concerns.

Gelatine is not an animal byproduct, however, but an animal product. It contains the direct tissue of animals as it is physically derived from the bones of animals and requires killing the creature to do so.

This means it is very strictly non-vegan and non-vegetarian as well.

Why is gelatine in Haribo not vegetarian?

Vegetarian diets are often less strict than vegan ones. This is because while vegans avoid all animal products and byproducts, vegetarians avoid solely products comprised of animal flesh.

This means vegetarians avoid meat, poultry, and seafood, including but not limited to bivalves, molluscs, fish, and shellfish.

Consequently, vegetarians have a broader set of dietary options than vegans. This includes animal byproducts that do not require slaughter, such as milk and milk products such as cheese and butter, honey, beeswax, and sugar refined with bone char.

This does not extend to pork gelatine because it requires the slaughter of the pig it is derived from, and it is a direct part of the animal. Thus, vegetarians generally avoid the consumption of gelatine.

Is beeswax in Haribo vegan?

Ingredients like beeswax are found in many Haribo sweets to create a shiny appetising glaze. Although beeswax is taken from hives of bees non-lethally, many of those who follow a vegan diet do so because the safety of animals and creatures kept by humans for industrial purposes are at risk.

Numerous animal rights abuses are reported every year, from physical cruelty to inhumane conditions. Many vegans believe that humans should avoid interfering in the habitats and lives of animals altogether.

To this end, beeswax is a non-vegan ingredient as well.

However, those who follow a vegetarian diet may be interested to see that the beeswax found in some Haribo is still vegetarian-friendly. Although vegetarians are still excluded from products that contain gelatine, vegetarians can therefore enjoy a wider variety of vegan and vegetarian products.

Is the sugar in Haribo vegan?

This may sound like an unusual question if you are new to a vegan diet. Those outside of the United States may not be familiar with investigating the source of the sugar in their food.

This is due to practices used by companies in the United States.

In the United Kingdom, sugar does not undergo bleaching in this manner and never with cow bones, so it is not a concern to those vegans who consume Haribo sold in the UK.

Sugar cane within the United States, but generally excluded as a practice from the rest of the world, is sometimes bleached after being harvested and granulated to ensure a pure white colour. In many places, this is done with natural carbon that is not derived from animals in any form.

This practice is still technically vegetarian, however.

In some states, this is over 50% of all sugar. This means that those vegans consuming sugar in products from the United States should do their best to source their sugar if they are interested in ensuring it is not bleached with animal byproducts.

This is not a concern with sugar derived from sugar beet or non-bleached sugar. However, it is still a concern with products that contain brown sugar, as some brown sugar and brown sugar-derived products in the United States (such as molasses) do sometimes contain sugar cane that has undergone bleaching.

If you are eating Haribo from the United States, consider contacting the manufacturer’s line denoted on the packaging and asking how the sugar included in the package is derived. Many sugar and sweets manufacturers cannot offer a clean line of sourcing for their sugar, so it is up to the individual whether this is personally and ethically viable for them. 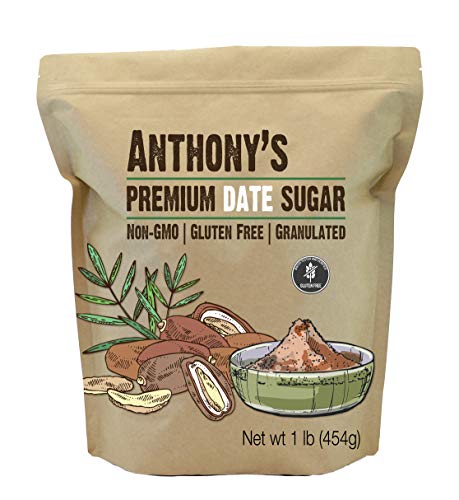 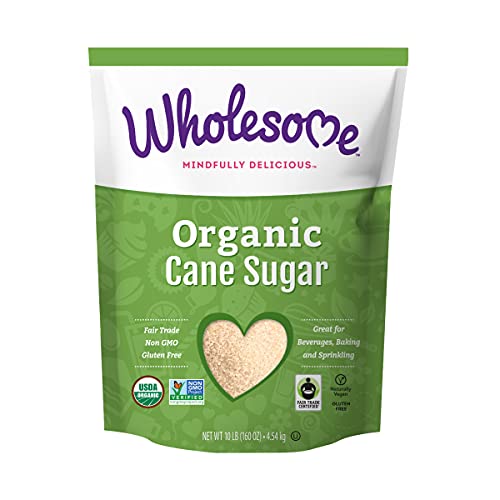 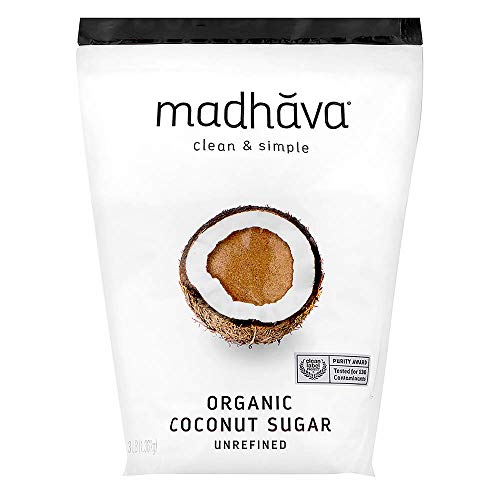 Are mono and di-glycerides included in Haribo vegan?

Some Haribo products contain mono-glycerides and di-glycerides. These are derived from triglycerides by centrifuge.

These are often used as preservatives in foods. This means it is up to the individual vegan to decide whether this is personally viable for them.

Many vegans choose to take the risk as most mono and di-glycerides are derived from plant tissue, but if you are concerned about the health risks or follow a strict vegan diet for whatever reason, consider contacting the manufacturer Haribo directly and asking them how they obtain the mono and di-glycerides used in their products.

Which Haribo are vegan?

It is worth noting that if you follow a vegan diet and look for Haribo products that are explicitly vegan, Haribo does not label any of their products as vegan. There are, however, many products that most likely do not contain any animal byproducts.

It is difficult to rule out that the mono and di-glycerides used in these products may be derived from animal tissues. Other questionable products, too, like artificial colours, require animal testing to be consumed safely and put on the market.

Many vegans feel the ethical implications of consuming flavourings and colourings that require consistent animal testing is too severe.

Because Haribo are produced in a factory that undoubtedly offers other Haribo products that are non-vegan, there is also the strong possibility of cross-contamination. This is mainly a concern if you follow a vegan diet for allergenic reasons.

If you are following a vegan diet yourself, consider your requirements as a vegan and use your best judgment to decide if a product is suitable for you.

Haribo Rainbow Spaghetti are suitable for those that follow a vegan diet. This is because the Rainbow Spaghetti made by Haribo are some of their few products that use starch in place of gelatine in their production process.

This ultimately results in a sweet that is less soft and a little chewier, but it is entirely safe for vegans. Rainbow Spaghetti sweets are also not glazed, meaning they do not contain beeswax. 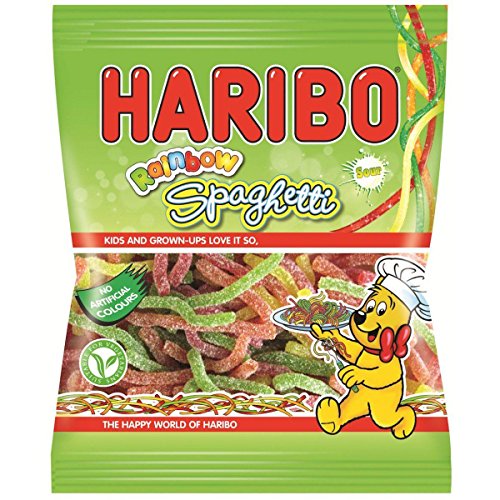 Haribo Rainbow Strips are covered in a sour sugar coating, which means they do not contain beeswax that Haribo traditionally uses for a shiny outer glaze. These are free of any animal byproducts and contain vegan-friendly sugar as well.

They are also, as a consequence, halal.

The sour Rainbow Twists are covered in sugar to create their distinctly sour taste and are suitable for vegans as a consequence. The sugar used in the UK is vegan, meaning this is safe for UK consumers.

This is different from the rest of the sweets on this list. The Haribo Soft Jelly Bear is a large, yellow bear filled with smaller sweets.

Instead of gelatine, this product utilises pectin, a natural substance found in fruit. These sweets are suitable for vegans, but this is only available in a size of 1 kilogram and are more expensive than many of Haribo’s other offerings.

However, as it is designed for gift-giving, this jelly bear is an excellent choice for anybody following a vegan diet. This offering is also halal because it contains no meat or animal byproducts.

What Haribo products are vegetarian-friendly?

Consequently, if you are following a vegetarian diet, there are a few more offerings available.

Haribo products have a more limited offering for vegans than for vegetarians, but there are options for those looking for a vegan option.