Consumers are becoming increasingly supportive of cruelty-free brands. It’s estimated that the market growth for cosmetics companies that don’t test on animals is 7.2% for the ten years between 2021 and 2031.

The driving force behind this move is mainly millennials who want an end to animal cruelty.

A little information about the company

Since 1947, Cetaphil has been answering the call for individuals who suffer from sensitive skin. It works closely with dermatologists to create products that have proven popular over the years.

It is the Number 1 skincare product recommended by US doctors.

Also, it has become one of the top brands for skincare amongst Gen-Zers, thanks to marketing campaigns across various social media sites like Facebook.

Since the launching of its first product, Cetaphil Cleansing Lotion, the company has steadily increased its range to include moisturizers, baby products, and a mix of other items that address sensitive skin issues. 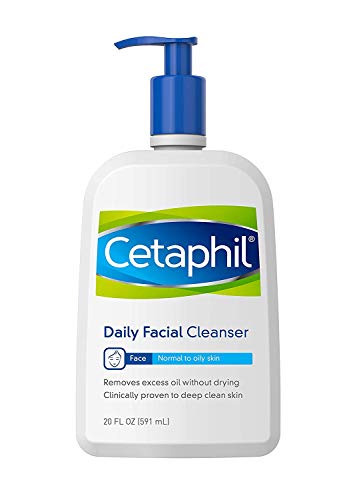 The company does thorough testing of all its products and this is where the cruelty-free alarm bells ring. But it’s more than the testing, some netizens have expressed concern over some of the ingredients used in a couple of Cetaphil’s products.

Cetaphil states that it does extensive research to ensure that its products are formulated with the ingredients to meet the needs of the most sensitive skin.

Primarily the ingredients used are:

Niacinamide, which is vitamin B3, is great for locking in moisture so that your skin doesn’t dry out. It is sourced from the amino acid tryptophan found in plants and animals.

Panthenol, also known as pro-vitamin B5, aids in alleviating skin irritations. It is made by the chemical condensation of synthetic R-pantolactone with 3-aminopropanol.

Glycerin is known for its ability to attract water towards the skin which helps to keep it moist. Separated from vegetable oils by heat.

Tocopherol is great for skin hydration. It’s part of the Vitamin E family and is sourced from vegetable oils.

Shea Butter acts as a natural skin barrier trapping moisture in. It comes from the seeds of the Shea tree.

Hyaluronic Acid is a naturally occurring agent within our bodies, yet the quantity deteriorates as we get older. It’s made by the joining together of two sugars: D-glucuronic acid and N-acetyl glucosamine. The role of Hyaluronic Acid in skincare is to help retain water and make the skin more elastic.

Ceramides act as a protective barrier on the outermost part of our skins. They help prevent irritants from entering the skin while also trapping the moisture in. Ceramides can be found in our bodies or within food sources, especially plants.

Aloe Vera is used in many cosmetic and skincare products due to its moisturizing ability. Also, it acts as a great exfoliant.

Urea has proven to be a great hydrating agent. Though produced in the body of most mammals, urea can also be synthesized. To make synthetic by placing liquid ammonia and liquid carbon dioxide under high pressure to create ammonium carbamate which then is allowed to break down and form urea.

Bisabolol acts as an anti-inflammatory and soother for the skin. Additionally, it is an antioxidant that firms skin. It is sourced from the oil of the candeia, a tropical shrub found in the southeast and midwest areas of Brazil.

Avocado Oil nourishes and moisturizes the skin thanks to the abundance of vitamins A, D, and E it contains. As you can guess, the oil is extracted from avocados.

Sweet Almond Oil has amazing emollient properties which improve the texture of the skin and reduce roughness. To produce the oil, almonds are pressed using high temperatures or chemicals.

As you can see, there is nothing that suggests Cetaphil uses ingredients in its products that are extracted from animals. However, don’t get too excited.

Two Cetaphil products to be concerned about

Cetaphil claims that its products aren’t tested on animals, but that doesn’t mean no animals may have been harmed in producing some ingredients for its range of skincare.

Amongst the ingredients listed for this product, you will find beeswax. That might seem innocent enough, but for vegans and those who want to buy cruelty-free products it puts up red flags.

That’s because the extraction of beeswax can involve melting the beehive. Yep, the bee’s home has just been destroyed! To prevent the queen from leaving the hive, her wings are clipped. Down she goes with her kingdom and loyal bees.

Not cruelty-free is it. 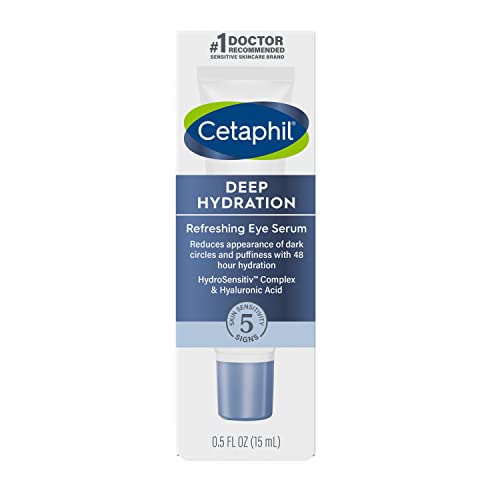 Sodium talllowate is made by adding sodium hydroxide to the fatty tissue of animals, such as cattle and sheep. That means animals have to give up their precious lives in the name of skincare.

So, now we have more question marks over how Cetaphil thinks about being cruelty-free. 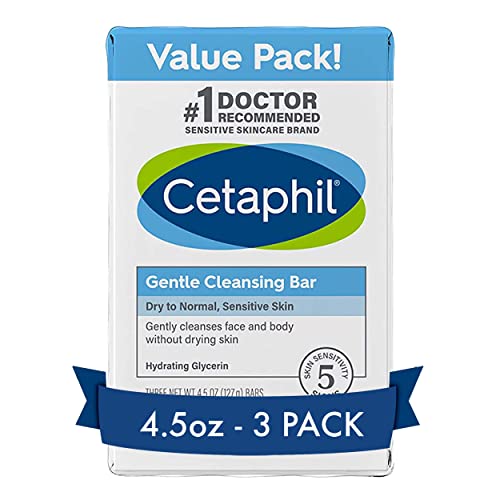 Let Cetaphil speak for itself

Like any fair case, the defendant should be able to present their evidence.

So far, we have seen that the products contain a lot of materials that are either naturally derived from plants or are synthetically produced. Yet the beeswax and sodium tallowate swing towards the guilty side of animal cruelty.

Cetaphil’s official stance, taken from their US website is:

“As a responsible corporate citizen, animal welfare is also a key priority for the company. For this reason, Galderma does not test Cetaphil products or ingredients used in Cetaphil on animals at any stage of our product innovation, development, or manufacturing processes. Galderma has been utilizing industry-recognized, non-animal testing methodologies on its Cetaphil brand even before regulations prohibiting animal testing on cosmetics came into force in various countries.”

On most of its international sites, the claim is the same. That Cetaphil doesn’t test in animals.

But then there comes the question of China, where the above claim is absent from Cetaphil’s Chinese site.

The Issue with China

Since 2012, PETA has played an active role in having China change regulations regarding the testing of cosmetics on animals. At that time, PETA had discovered that some major names such as Avon and Mary Kay were quietly paying the Chinese government to test on animals.

China has played ball and made a move in the right direction, but it’s not completely a victory for animal lovers.

It’s a question of whether cosmetics fall under the general category or specialty products.

Beauty and skincare products that fall under the general banner have to adhere to the new Chinese regulations (which took effect on May 1, 2021) regarding animal testing.

That is there has to be documented proof such companies haven’t used animals at all for testing.

Then we have the specialist category in which cosmetics designed for a specific purpose are still given the okay by China to test on animals.

With Cetaphil, their Chinese website has no disclaimer regarding being cruelty-free.

Going back to the FAQs on Cetaphil’s US site, we have seen they claim not to test on animals. However, the company does make this comment:

“Nevertheless, some health authorities may conduct animal testing for certain cosmetic products prior to approval for sale on the market, as is still the case in China.”

Okay. Cetaphil says in one breath that it doesn’t test on animals, yet in another breath claims that China requires their products to be tested on animals for them to be imported into China.

So, that makes Cetaphil not cruelty-free.

The company tries to smooth the waters by saying that they are moving towards more innovative ways of testing in which animals aren’t used:

However, Cetaphil doesn’t provide a time frame in which they want to realize that vision.

The company may say that it’s cruelty-free and place statements on its website that support the idea.

However, the use of ingredients that involve the destruction of beehives as well as being sourced from animal fat, speaks volumes.

It may be working with IIVS to find alternative ways of checking their products without having to rely on animal testing, yet there are still times when animals are used.

Netizens claim that some companies claim to be cruelty-free to appease growing discontent and to find acceptance within an increasingly profitable market.

Yet, organizations such as PETA are willing to call such companies out. Cetaphil fails to appear on PETA’s database of cruelty-free organizations.

If you are looking for skincare products that haven’t harmed any animals in their making, here are some companies worth looking at.

Elf Cosmetics is truly a company that respects animals and animal rights. Their products are completely vegan and cruelty-free.

On top of that, they roll their sleeves up and get behind animal welfare. Here is one example taken off Elf Cosmetics site:

“Partnering with Jkissa, we created a custom To the Rescue Eyeshadow Palette with shades named after adopted dogs from Angel City Pits or pups in Jkissa’s life. $15,000 was donated to Angel CIty Pits in LA—a 501c3 non-profit organization dedicated to creating a better future for pit bulls through education, public advocacy, adoptions, and owner support.

We love our furry friends!”

The company is also environmentally responsible as well as a movement for social change. Check out their site to find out more about this amazing company. 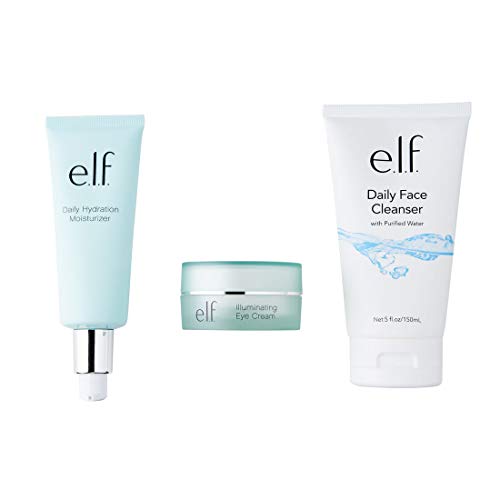 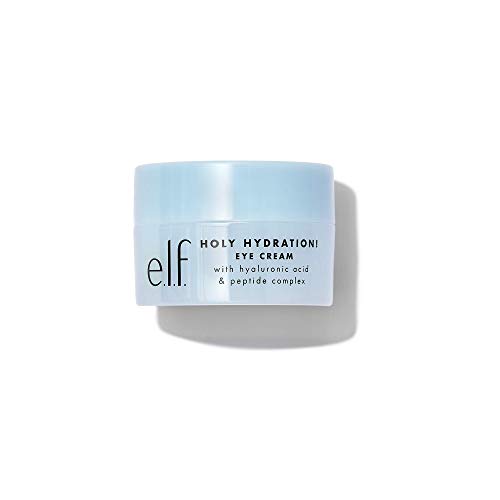 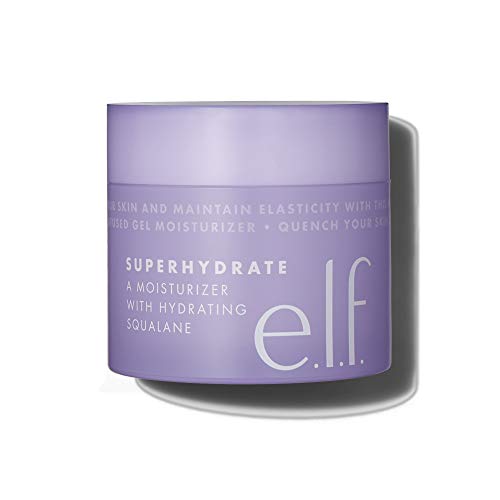 If you are wanting a company that has been fighting the long battle against animal testing, look no further than Lush.

Mark Constantine, one of the company’s co-founders as well as a product inventor for Lush, has stringently opposed animal testing since before the first store opened.

This cruelty-free stance extends to its suppliers, who have to commit to using in vitro processes for testing.

Oh, and when it does come to testing products, Lush uses humans, not animals.

This company has become one of the best-known environmentally friendly cosmetics brands on the market. It’s easy to see why: The Body Shop has been a force for change since its inception.

It is proudly cruelty-free and have never used animals in testing over the 40+ years since the company started.

Let The Body Shop speak for itself:

“The Body Shop was instrumental in securing UK and European bans on animal testing for cosmetic purposes.

We were the first company to be certified with the Leaping Bunny logo by Cruelty Free International. Leaping Bunny certification is the only internationally-recognized program that enables consumers to easily identify and purchase cosmetic and toiletry products that have not been tested on animals.” 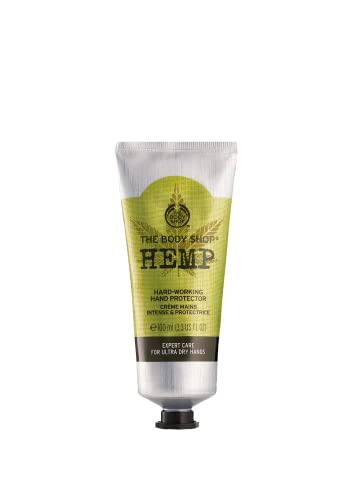 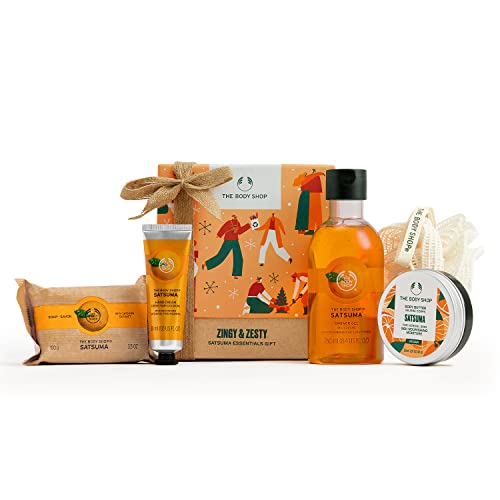 Cetaphil claims that its products aren’t tested on animals. That may be true in some respects, but then there is China.

Regulations have changed somewhat in China regarding animal testing, yet specialized cosmetics sold there are still required to undergo testing using animals. Even Cetaphil admits to this on their website.

Added to that admission and the fact that the company used two ingredients linked to animal cruelty only leads to one conclusion:

It’s great that Cetaphil has made moves to rectify the situation by working with IIVS to find alternative ways to test their products. However, there is no clear deadline as to when the company can be labeled 100% cruelty-free.

They could take a leaf out of the pages of their competitors who have been recognized by PETA as businesses that don’t test on animals.

Skincare products don’t need to have any degree of animal derivatives or testing to meet the demands of consumers. The Body Shop and Lush are respected brands within the industry that hold this standard.