Fast food restaurants are a useful part of American society, which is busy and on-the-go much of the time, so sometimes a quick dip into Five Guys or your favorite restaurant chain of choice is the only option for a quick lunch or a naughty treat.

But is this an option for vegans? We look into whether the fast-food brand Five Guys offers anything on their menu for vegans and those following a plant-based diet.

What is Five Guys?

Its headquarters are located in Lorton, Virginia. The first Five Guys restaurant opened in 1986 in Arlington County, Virginia. By 2001, the chain had expanded to five locations throughout the Washington, D.C. metro area.

In early 2003, the chain began franchising, beginning a period of rapid expansion due to popular demand in the northern part of the country. By 2016, Five Guys had over 1,500 locations open worldwide, with 1,500 locations under development.

The company was the fastest-growing fast food chain in the United States, with a 32.8% sales increase from 2010 to 2011, beating even the likes of McDonald’s and Burger King.

Five Guys was founded in 1986 by Janie and Jerry Murrell, alongside the couple’s four sons, meaning they were the original “Five Guys” (hence the name). The first Five Guys restaurant was in Arlington’s Westmont Shopping Center.

Their buns were also baked in the same center by Brenner’s Bakery.

Five Guys’ menu at present time is the following:

Do Five Guys Do Vegan Food?

As you can see from the menu above, nothing is currently stated as vegan. While the ‘veggie sandwich’ contains only grilled onions, mushrooms and green peppers layered with lettuce and tomatoes on a soft, toasted sesame seed bun, which appears to contain no meat or dairy, it is not confirmed whether there are ingredients within the bun that may not be suitable for vegans.

That said, they are apparently “actively looking at” including a vegan option, their CEO John Eckbert has said. There isn’t any mention of when this option will be available.

The Best Fast-Food Restaurants for Vegans

You can swap a meat filling with a plant-based patty on any burger. Options include Beyond Burger, Black Bean & Roasted Corn Patty, Farmer’s Quinoa Patty, and the Sweet Potato & Wild Rice Patty.

No mention yet of vegan burgers being added to the menu.

The pizza crust and marinara sauce at BJ’s Restaurant and Brewhouse is vegan! Order a veggie pizza without cheese (or ask if they carry a dairy-free alternative), request that your pizza not to be brushed with butter. The spaghetti marinara is also vegan.

Blaze Pizza offers dairy-free cheese, spicy meat-free chorizo, and numerous other vegan toppings. The traditional crusts are all vegan, too.

A staple vegan pie is also available for mobile app and online orders in the Life Mode Pizzas menu section.

There are many vegan options at Italian restaurant chain Buca di Beppo. For an appetizer, try the bruschetta—just request the cheese not be included.

The Pasta Puttanesca (penne pasta with tomatoes, onions, green peppers, black Kalamata olives, green olives, and capers). Select either the marinara sauce or the garlic olive oil for your pizza.

Toppings include veggies, crushed pepper, and poached garlic. Be sure to ask your server to make sure that your pasta is vegan, as some locations may serve pasta that contains eggs.

You can also add a mixed green salad. Other vegan sides include their steamed green beans and broccoli.

Bruegger’s Bagels has several breakfast and lunch options that are suitable for vegans, including their blueberry, chocolate chip, cinnamon-sugar, cranberry-orange, pumpernickel, and rosemary and olive oil bagels, which can be topped with fresh vegetables, Dijon mustard, or vegan hummus. They also serve several vegetarian sandwiches, which can be made vegan by requestion the removal of cheese and dressing.

BurgerFi offers the Beyond Burger in all its locations across the United States. Beyond Meat is made from pea protein.

At Burger King, you can get a meat-free burger, and meat-free sausage, as well as garden salad, fries, and hash browns being suitable for vegans. French Toast Sticks and Dutch Apple Pie can also be vegan.

The meat-free array of options offered at California Fish Grill are worth a trip west for! With plant-based items like the “Ahi” Poke Bowl, the Grilled “Shrimp” Plate, a Dynamite “Shrimp” Bowl, and Battered “Fish” & Chips, if you’re in the West coast, you’ll be well catered to here!

The chain has more than 45 locations across Arizona, California, and Nevada.

Carl’s Jr. also offers the tempting Beyond Sausage Burrito for breakfast. Simply order it without egg or cheese and you’re good to go for a tasty vegan breakfast or brunch.

At Cheeburger Cheeburger, which can be found throughout the Midwest, the South, and the East Coast of the United States, the grilled portobello mushroom sandwich, wrap, and salad are all suitable for vegans.

While the house veggie burger patty isn’t vegan, but you can go for the meat-free option with the SkinnyLicious bun or in a lettuce wrap. Ask for vegan Field Roast Chao cheese and Best Foods vegan mayo to ensure it’s fully vegan.

Chipotle offers something called Sofritas (organic tofu braised with peppers and spices) which you can order in a bowl, burrito, taco, or salad. You have the option of black or pinto beans and brown or white rice to your order.

The restaurant also has a wide selection of vegan toppings, including mixed fajita veggies, salsas, lettuce, and guacamole.

CiCi’s Pizza pizza crusts are all vegan, as well as the regular pizza sauce and ole sauce. Top your pizza with fresh veggies, and add a salad with French or Lite Ranch dressing for the perfect cruelty-free pizza.

They also deliver to your home too.

The pizzas at Claim Jumper are vegan if you ask for no cheese on yours. You can also get a Chinese salad with spicy peanut dressing, which contains no meat, fish or dairy.

You can also get a house salad with Asian ginger dressing or balsamic vinaigrette.

Dairy Queen but without the ‘dairy’, please! Dairy Queen’s Misty Slushes are vegan and come in several flavors. No news yet as to whether they offer plant-based burgers.

The chain’s beans, rice, and red and green sauces are all vegan.

Even Denny’s has some vegan options. Their vegan offerings include the vegan Amy’s burger, oatmeal, the Fit Fare® Veggie Skillet (ask for no egg whites or butter), English muffins, bagels, grits, applesauce, fresh fruit, vegetable plates, seasoned French fries, baked potatoes with several vegetable toppings, garden salads with light Italian dressing or oil and vinegar dressing, and sandwiches that can be made with several vegan options.

Din Tai Fung is a Taiwanese chain with locations around the world, including the U.S. Its many vegan options are clearly marked on the menu with a “V.”

Some of their plant-based options include the Vegan Dumplings, Vegan Wontons with House Spicy Sauce, Vegan Noodles with Sesame Sauce, Sweet Taro Bun, and more.

Dunkin’ offers a breakfast sandwich with a Beyond Meat sausage patty that can be made vegan by requesting no cheese or egg. Other vegan food options include the avocado toast, hash browns, and bagels (plain, sesame, cinnamon raisin, and “everything”).

At The Habit Burger Grill, the Veggie Burger patty is actually suitable for vegans too. It is available on the French roll or seeded bun, with no dressing.

The pizza sauce and dough at Little Caesars and Papa John’s are vegan. Pizza Hut’s marinara sauce is vegan, as are all its crusts except for the stuffed crust.

By requesting no cheese and choosing your favorite vegetable toppings, you can easily make a delicious vegan pizza.

McDonald’s have finally produced meat-free burger option. The McPlant burger features a patty made with peas, rice, and potatoes, and it can be made vegan by ordering it without cheese or mayonnaise.

The Olive Garden’s breadsticks are vegan, as the butter topping is made with soy, and not dairy. There are many vegan pasta options: angel hair, cavatappi, fettuccine, gluten-free rotini, rigatoni, small shells, spaghetti, and whole-wheat linguine.

All these can be topped with the vegan marinara sauce or kid’s tomato sauce. The minestrone is now dairy-free at all locations, too, so you can order the soup, salad, and breadsticks combo.

You can also get a side of steamed broccoli to round out your meal for extra veggie goodness.

Make Your Own Vegan Burger

There are many options to produce a plant-based burger from the comfort of your own home. Some of these include:

Supermarkets now have a growing range of plant-based products and for burgers you can buy brands such as:

So, while Five Guys have yet to cater to those living a vegan lifestyle or embracing a plant-based diet, there is ample alternatives across the United States that will provide a delicious vegan bite. If you can’t wait then pay attention to Five Guys’ social media for future updates about their pending vegan menu.

You can also make your own vegan ‘fakeaway’ at home by making your own burgers (lentils, tofu, and portobello mushrooms make great vegan burgers – topped with your favorite vegan cheese, of course).

Conversely, most fast-food French fries are vegan (and usually have their own fryer, so aren’t cross-contaminated with fryers used for chicken nuggets, etc), so a big portion of fries and a coke is always an option at your local Five Guys!

As veganism is becoming more widely embraced and accepted, we believe it’ll only be a matter of time before all fast-food restaurants offer a varied and tasty array of plant-based options for burgers, hot dogs, sandwiches, and more. 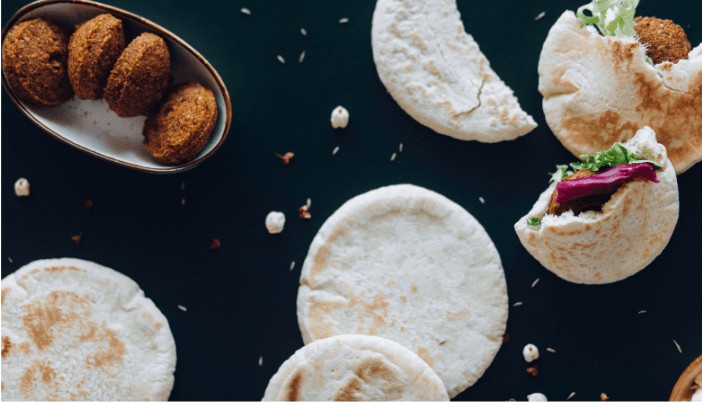 More and more individuals are turning to a plant-based diet as a healthy, environmentally beneficial, and ethically sound lifestyle choice. Animal goods and animal-derived substances are not allowed in a vegan diet.  Health and environmental benefits far outweigh the difficulties in finding foods that are safe for vegans. You’d be amazed at the number of… 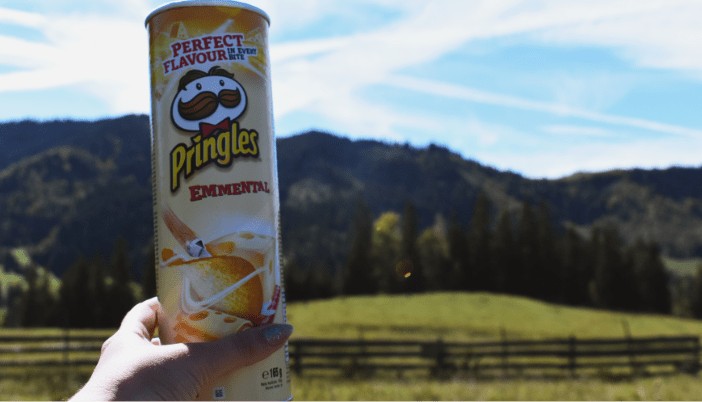 Pringles are an internationally successful snack with a notoriously moreish taste. Standing as the fourth most popular snack product in the world, there’s no doubt they’re beloved, but are they suitable for a vegan diet? The good news for snack lovers in the USA is that some flavors available for Pringles are vegan-friendly. Read on… 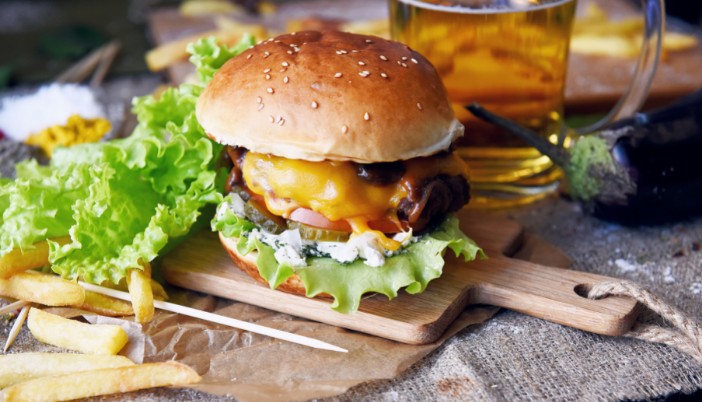 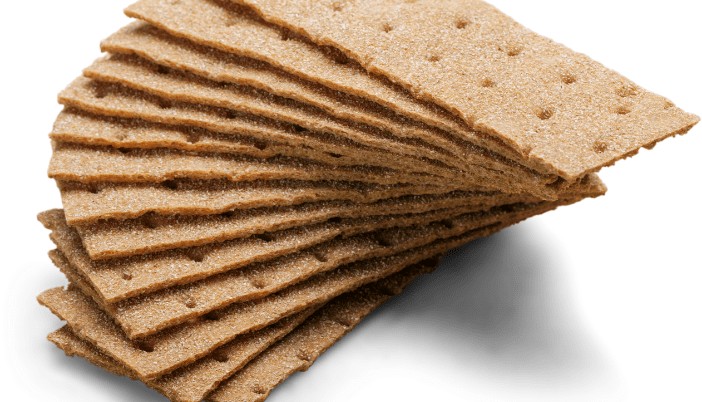 Good news for carb lovers! Almost all flavors of the beloved Wheat Thins are vegan! Are there any exceptions? Unfortunately, yes. This article contains an extensive look into Wheat Thins, and which are suitable for vegans, and which are not, as well as a full breakdown of what goes into these wheaty treats. As an… 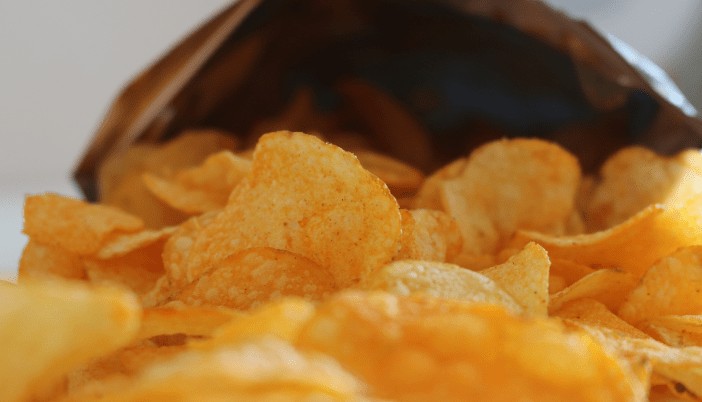 All you need to know about your favorite Potato Chips Potato chips are a favorite snack for many of us but, for the vegans among us, they can also be the most frustrating. With many types of potato chips containing lots of flavoring, it is not always easy to tell which flavor is vegan-friendly. For…

The great news for vegans (particularly vegans with a sweet tooth), many of their beloved childhood products are – or are now – suitable for vegans. This article explores all the accidentally vegan sweets in the UK. As an Amazon Associate, I earn from qualifying purchases. The links below may be affiliate links. Please read my disclosure…