Those following a vegan diet avoid animals and animal by-products in their diets. Shrimp, a small crustacean found in the sea, are a type of shellfish.

Despite a vegan diet generally involving an avoidance of all animal products and meat, many vegans wonder whether a shrimp can form part of their vegan diet. You might also be interested to find out what vegans eat.

This partly stems from scientific debates about how much pain shrimp, and other sea animals, are thought to feel. That’s because some people feel that the pain of an animal when being slaughtered is a crucial part of their dietary choices regarding animal consumption.

This is a controversial issue, but the question remains whether vegans can eat shrimp, and why some people wonder if they can make up part of a vegan diet.

Read more to understand whether this is part of the vegan or vegetarian lifestyle.

For most vegans, the answer is no.

However, most vegans agree that there are no exceptions to the rule of not eating animals, even on the basis that an animal may or may not feel pain.

This is because not much is known about shrimp and how their nervous systems work. Some people see this as no evidence that shrimp feel, but many vegans feel this is not for them to decide and even in the case they do not feel, that is no reason to eat them.

People follow a vegan diet for a variety of reasons. Therefore, some people make different exceptions to their diet.

Some people are vegans for reasons of conservation and feel sustainably-sourced meats are safe to consume. However, these people would best be described as “flexitarians”, or “semi-vegetarians.”

Other people who consume fish and crustaceans for reasons relating to pain and sentience, or for religious or health reasons, are best defined as “pescatarians”.

Whether shrimp feel pain is unclear.

This is because scientists define the idea of whether animals feel pain into two separate categories. Most animals can detect threat or danger in some form, and therefore avoid it.

This involves a stimulus response that tells the animal to escape, e.g., that they are being damaged by a chemical.

This alone does not help us understand whether the animal suffers. Suffering is experiential.

Humans cannot measure the internal suffering of other creatures, only the outward response. Consequently, it is largely uncertain whether these creatures feel suffering.

Some people argue that shrimp are ethical to eat because they do not feel pain. However, there is not enough research in this area to know for sure what shrimp experience when they die.

Many vegans feel that there is no reason that an animal or creature should be deprived of its natural life.

Shrimp production and farming also affects the environment dramatically, disrupting the eco-system and killing the surrounding animals as well. In the process of catching one pound of shrimp, over 15 pounds of sea creatures will be killed in the process.

Sea turtles are often caught in shrimping nets, leading to their death.

Is eating shrimp bad for the environment?

Most shrimp farms don’t last long. They are formed from destroyed natural structures like mangrove forests, and last five years.

After this time, shrimps can no longer survive in the conditions of the farms due to changes in the soil. Forests that sustained a wide variety of wildlife become not just uninhabitable, but toxic.

Additional to the death involved in the use of shrimping nets, the effects on animals that depend on shrimp are also devastating. As a result of farming, these environments are no longer food sources for these animals, contributing to their declining populations.

Many farms also use antibiotics in their farming to reduce the amount of shrimp that die due to disease. Antibiotics are controversial in farming.

Despite the fact that there is no evidence of direct health impacts, overexposure to antibiotics can lead to tolerance.

Shrimp also qualify as shellfish to those that have an allergy. If you know you have a shellfish allergy, avoid shrimp, and check the box of what you eat.

If you suspect you are having an allergic reaction, call an emergency line.

Are there vegan shrimp alternatives?

Red algae is the primary substitute, an ingredient that is easy to obtain and cheap. The pinkish coloration of the algae also means there’s no need to apply dye, which is often required for vegan foods to look visually similar. 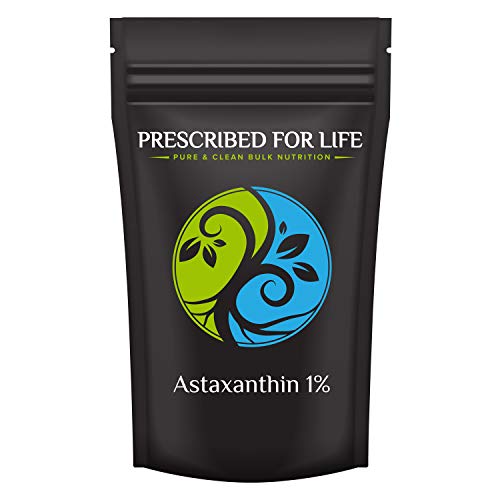 How do vegans get nutrients?

As with many meats, some people eat shrimp because of the readily available nutrients they offer. In particular, shrimp is a good source of protein and omega-3.

Protein is important for any vegan diet, as proteins allow our bodies to function, create new cells, and repair old ones. Omega-3 fats in particular have a wide variety of reported health benefits, such as protection from heart disease, and promoting health of the brain.

Omega-3 fats are associated with lower risk of Alzheimer’s disease.

Although vegan diets are associated with good health and lower rates of obesity, it’s important to ensure as a vegan you are replacing nutrients often found in meat and animal products.

Thankfully, protein can be easily found in soy products like tofu and soy milk, as well as in tree nuts, squash, and beans. Omega-3 fatty acids can be harder to come by, but you can find them in products containing flax seeds or flax flour or powder, as well as vegetable oil.

With omega-3 in particular, you may have to obtain this nutrient from a supplement, but many vegans find this to be worthwhile to prevent the suffering of animals.

As shrimp are classified as animals, vegetarians who avoid meat should avoid shrimp.

Many vegetarians choose to follow a vegetarian diet for different reasons. That can be the belief in animal rights, eco-activism, concerns about sustainable farming, and more.

Shrimp farming isn’t just potentially unethical, but also has direct ramifications on biodiversity and the environment.

What is a pescatarian?

People that choose to eat seafood and crustaceans for whatever reason are best described as pescatarians.

Often people identify as vegans and vegetarians, but eat animals like shrimp, prawn and cockles. For some people, this is a matter of health needs or religious beliefs.

A pescatarian is someone who abstains from eating the flesh of land animals, and potentially the by-products of those land animals. However, they eat fish, seafood, and crustaceans.

Some people eat seafood because shrimp, prawn and cockles do not appear to have as complex a nervous system. However, it is not clear how much sensation they do or do not feel.

For this reason, most vegans and vegetarians avoid eating shrimp or shrimp byproducts.

Yes. A pescatarian follows a largely vegetarian diet, but also consumes fish and other seafood such as crustaceans.

Shrimp are technically a form of shellfish, so they fall under this umbrella.

Why do pescatarians eat shrimp?

Many people follow a pescatarian diet for religious reasons. Other people may adopt a pescatarian lifestyle as an intermediary step on the way to veganism or vegetarianism, or because they have concerns about the environment or animal welfare.

Some pescatarians believe that the omega-3 nutrients found in seafood is vital for a good diet, and cannot be found elsewhere.

However, alternatives are available. Even when using supplements, many vegans and vegetarians find it worthwhile to take supplements instead of eating animals.

While it’s true that fish is a good source of protein, there are plenty of cruelty free alternatives to shrimp that provide protein.

Tofu, squash, beans, lentils, and nuts all provide a complete protein, meaning they provide you with the essential amino acids for our cells to function. Those who follow a vegan or vegetarian diet can still easily eat a protein-rich diet while abstaining from animal products and byproducts.

A “semi-vegetarian” is a label often used by people who eat a mostly vegetarian or vegan diet. However, they occasionally supplement their diet with meat and potentially other animal products.

Flexitarian is another label people use to describe a diet that is mostly vegetarian or vegan. Its meaning is the same as for semi-vegetarian.

Although they will try to focus on a mostly vegetarian or vegan diet, they are “flexible”, meaning they may occasionally consume animal products and/or meat.

Pescatarians are not vegan or vegetarian.

People following a vegan diet generally avoid all animal products and by-products, and those following a vegetarian diet also avoid consuming the flesh of any animal. This includes fish, crustaceans, and other seafood.

Shrimp are not cruelty-free.

Although some people feel that shrimp do not personally feel pain, shrimp farming as a commercial enterprise still destroys natural environments, killing sea turtles and depriving other animals of natural food sources. Therefore, shrimp are regarded to be a food source that contributes to animal cruelty.

Why do vegans not eat shrimp?

Although vegans avoid eating animals on principle, shrimp farming can be particularly cruel. Sea turtles are frequently caught in shrimp nets, and are then slaughtered.

This contributes to the large global decline in sea turtle population.

Another reason to avoid eating sea creatures of any kind is that shrimp farming has a negative impact on the environment globally. Shrimp farming destroys natural environments, depriving animals of resources and food.

Is shrimp a meat?

Many vegans define meat as anything that can be characterized as the flesh of an animal. By this definition, shrimp is considered meat.

However, shrimp are found in the sea and come in a shell, and are therefore defined as seafood or crustaceans by many people. In everyday use, the term meat is often used to refer to land animals only.

People who avoid meat from animals found on land as part of their religion may still consume crustaceans and seafood like shrimp.