Butter is a cooking staple, found in cupboards all over the world thanks to the globalized economy. Semi-solid at room temperature, and liquid when heated, butter’s unique qualities make it difficult to replace.

The water-fat content of butter allows it to steam food from the inside out during cooking, which is ideal for pastries.

You might be following a vegan diet, or thinking about whether to start. Perhaps you know somebody who is a vegan and are wondering how they eat.

Butter is a common staple in cuisines all over the world, but how is it made? Is it vegan?

What about the butter alternatives available in the supermarket: are they suitable for vegans, and what are they made of? How can they be called butters?

Whether you like to bake, roast, or just use a microwave, butter doesn’t have to pose a potential culinary issue for a vegan-friendly diet.

Butter is found all over the world, and it is commonly found in everyday cooking: from sandwiches to roasting and frying. But what is it made of?

Butter is known as an emulsion, meaning it is a mixture of two liquids that normally separate but are bonded together: in this case, water and oil. What causes these two things to separate is that water molecules and lipids cannot naturally combine, leading them to join with other like-molecules and separate.

Whole milk is another type of emulsion called fat-in-water emulsion. This means that fat is dispersed all throughout the liquid, but it doesn’t pool together.

This is because of a phospholipid membrane around the fat globules that prevents them from clumping.

One side of the membrane repels water (hydrophobic) and one side is attracted to water (hydrophilic), trapping the fat inside. This emulsifies the liquid and prevents the fat from coalescing.

Because milk is a fat-in-water emulsion, this means that a liquid can transport calorie-rich lipids. This is useful for mammals like cows that feed their young, which need a lot of calories when growing.

Butter is a water-in-fat emulsion, meaning instead it is made largely of fat, with small water globules that are prevented from coalescing. It is created by skimming off the fattiest part of the milk in the form of cream.

Churning damages the emulsifying phospholipid membranes around the fat, releasing the fat from the globules.

Water is drained off in the form of buttermilk, allowing the fat to outweigh the amount of water in the mixture. Once this stage is reached, the water forms small globules.

Commercial butter is approximately 80% butterfat, but traditionally may have been as low as 65%. Generally seen to be pale yellow, the color of butter can vary from deep yellow to white.

It is often adjusted with food coloring.

Butter is made from skimmed-off cream created from milk. This cream is then processed to isolate a fatty mixture.

This process is not necessarily incongruent with veganism, but it is the source of the milk that isn’t suitable for a vegan lifestyle.

The milk used to create butter can vary. Traditionally, the term refers to milk from cows.

Butter can be also made from goat’s milk, yak’s milk, or even buffalo’s milk.

However, vegans abstain from the use of animal products in not just their food, but in the production of their food.

This is because vegans feel that the dairy industry causes harm to animals. In particular, cow’s milk, which makes up the majority of butter in stores today.

Cow’s milk is obtained from cows that are subjected to conditions found objectionable by vegans. Most cows in dairy farming reside in chains or cramped stalls and pens.

They are also forced to produce excess milk, which causes diseases like mastitis. Cows are also continuously inseminated, with calves separated from cows often just a day or two after birth.

Cows often attack employees who come to take the calf, loudly howling for days afterwards and grieving for months. Widespread animal abuse is reported in factory farming as well, ranging from inhumane conditions to physical abuse.

Is butter bad for the environment?

Many vegans follow a vegan diet for environmental reasons.  Eating a diet that is more plant-based has been associated with lower greenhouse emissions and less deforestation.

On the other hand, palm oil also contributes to deforestation and habitat destruction.

It is from the palm tree, from Africa and now found in Southeast Asia in large palm plantations. It is used in several plant-based butters.

If you are considering a move to plant-based products to reduce your impact on the environment, seek out products without palm oil or with sustainably sourced palm oil. This can also read as kernel palm oil or palm kernel oil, which is made by crushing only the seed.

Margarine was created as a less expensive alternative to butter since making butter requires a lot of milk, often a traditionally expensive ingredient. It is often considered a plant-based substitute for butter that is dairy free, but this is often not the case.

While many vegans assume that margarine is vegan, some margarine products still contain small amounts of dairy. Margarine is a mixture of plant-based fat, along with skim milk, water, flavors, and coloring.

Today, many varieties of margarine do not contain dairy. Be sure to read the label.

Are there vegan substitutes for butter?

Removing butter from your diet if you are switching to plant-based foods does not mean abstaining from dishes that normally contain butter. Butter has separate functions from dish to dish, so it is often important to find individual substitutes per dish to find what works well.

Butter forms the puff in puff pastry thanks to its ability to release water and steam baked goods from the inside, as well as forming the base of a roux for thick and rich sauces. In many of these cases, vegan butter can be used in a 1:1 ratio.

What is vegan butter?

Vegan butter is similar to dairy butter, but without fat sourced from cow’s milk. Instead, vegan butter is often synthesized from seeds or nuts for natural fats that are free of animal products.

What is in vegan butter?

Vegan butter is not actually butter in the traditional sense. It is not made from milk or cream and is not derived from any animal products at all.

Fats and emulsifiers are naturally sourced in vegan butter, and can be synthesized from sunflowers, avocados, coconuts and palm seeds. These are then emulsified with water, and sometimes flavorings and colorings to create a butter substitute.

Vegan butter is often shorthand for vegan butter substitute. You may hear vegan margarine, which is a closer description of the product. 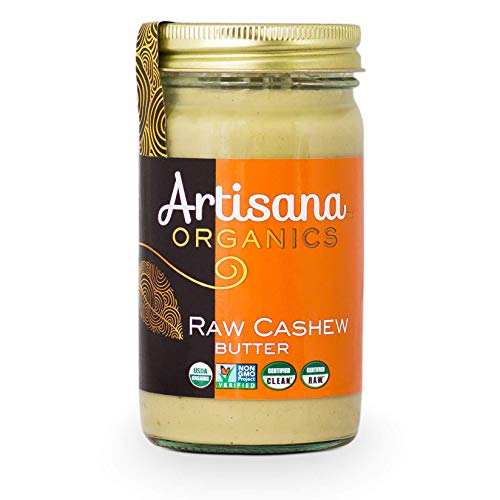 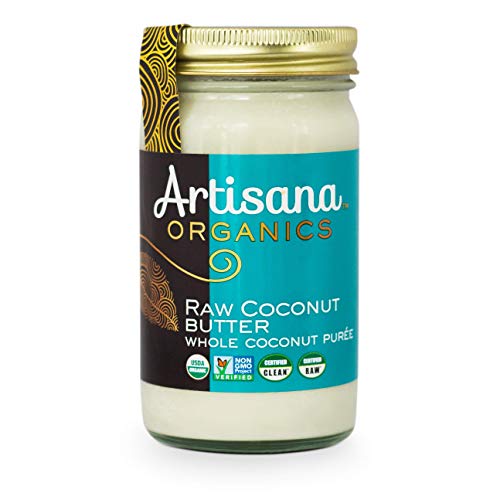 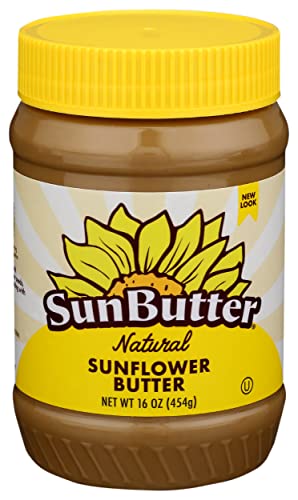 Sun Butter Natural Sunflower Seed Spread, 16 oz
Our most popular variety – with 7 grams of protein per serving; Free From The Top 8 Allergens, Safe For Schools
$17.52 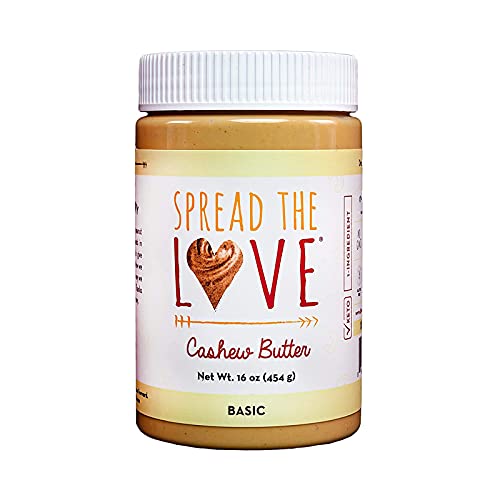 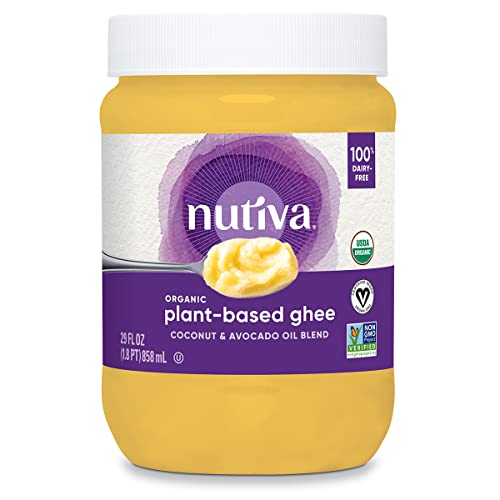 What is plant-based butter?

Plant-based butter is another term for vegan butter. In other words, it is a nondairy butter substitute, derived from emulsifying water with a plant-derived oil or fat.

It may have additives to help it imitate the taste and texture of traditional butter.

Although these are sometimes marketed as plant-based margarines or butters, plant-based products can be trusted to be totally free of dairy.

Can I fry with vegan butter?

Some vegan butters have versatility, where you can use them for frying and baking. However, many vegans prefer to substitute individually for their uses.

These oils are stable up to high temperatures, meaning they won’t produce unhealthy fatty acids when frying at high heat. Oils that are not stable at these higher temperatures are unsuitable for frying.

Can I use vegan butter in pastry?

When substituting butter in pastry, be sure to select a suitable substitute if you are following a plat-based diet.

Puff pastry requires layers of laminated fat and needs a firmer vegan butter that won’t melt too easily at room temperature. On the other hand, shortcrust pastry is best substituted with oils like olive or canola oil.

Try to prepare your vegan pastry dish at a cool temperature, as melted butter will affect the consistency of your dough.

Can I use substitute vegan butter in baking?

Try to engage with the right substitute for your baking.

Many vegan recipes will offer a perfectly vegan option here, but if you are trying to substitute a vegan option into a recipe, use a firm vegan butter substitute that is relatively solid at room temperature. Liquid oils will likely affect the structure of the baked good.

Avoid using olive oil in baking, as it imparts a very savory flavor.

Can I use substitute butter in making sauce or roux?

When making sauces or roux, use a sunflower oil margarine at a low heat, as it has a similar flavor and texture.

Coconut oil isn’t suitable for this, as it imparts a sweet and fragrant flavor.

Plant-based butters are similar to dairy butter in nutritional content.

Plant-based butters are just as dense in calories as dairy butter, and so should be consumed in moderation. They also contain just as much sodium.

Furthermore, many plant-based butter products are more highly processed, containing refined oils as part of their production process. Depending on the product, dairy butter may be less processed.

Is vegan butter bad for you?

Plant-based butters are generally high in calories and fat, similar to dairy butter.

It’s important to note that the nutrition content, particularly the fatty acid composition, of plant-based butter can vary, depending on additives used and the source of the fat.

Is vegan butter good for you?

Oils like olive oil and avocado oil are naturally rich in monounsaturated fats, so plant-based butters created from them are naturally higher in these fats than dairy butter.

As is the case with other plant-based alternatives like oat milk or vegan cheese, some products are more highly processed than others.

Many studies have linked diets higher in processed foods with less intake of vital nutrients and increased risk of heart disease. When choosing a plant-based butter, aim to find butter that contains unrefined fats and oils with few preservatives.

Plant-based butters also do not provide sufficient nutrition outside of healthy fats, and so should be eaten in moderation alongside healthy and nutritious foods.

Palm oil is technically vegan, being derived from plants. However, many vegans object to palm oil due to the destructive processes involved in obtaining it, which destroy habitats in Africa and Southeast Asia.

These palm plantations are linked with endangering species such as the orangutan, as well as causing deforestation and potentially accelerating global warming.

If you are following a vegan diet for these reasons, or environmentally conscious, research the ingredients of your food to see how they get to your table.

Food coloring is vegan, as it is generally not derived from animals aside from the notorious carmine. Carmine is derived from crushed insects.

However, many vegans object to the vast majority of food colorings as they are regularly tested on animals by food health associations. If you are an ethically conscious vegan, food colorings may be a no go for your diet.

Check the label of your butter to see if any food colorings have been added.