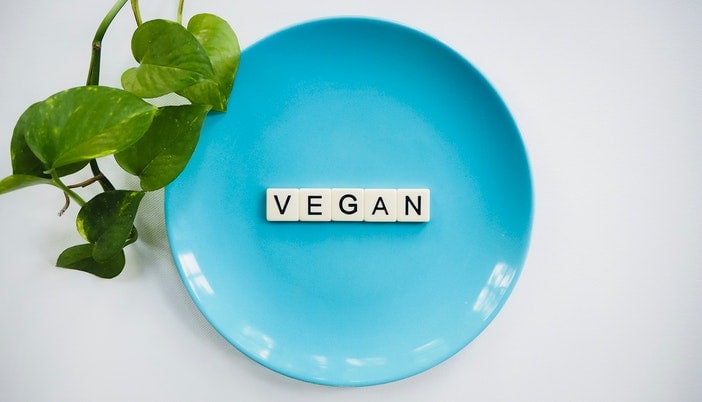 The choice to turn vegan requires any number of changes (sacrifices even) in order to promote a more ethical, healthy and compassionate way of living.

But what are the implications of this switch and do the positives outweigh the negatives?

What Changes Are Required to Turn Vegan?

The Vegan Society, in its definition of veganism, describes it as a “philosophy”. It coversnot just food but such areas as clothing and cosmetics and promotes the use of animal-free alternatives for the benefit of ”animals, humans and the environment”.

The choice to turn vegan covers a range of dietary, ethical, environmental and sartorial changes which can impact both ourselves and the world around us.

The most obvious change from a dietary perspective is the removal of any dairy, meat or fish products from a diet.

For those who love eating steak, burgers, salmon, lamb or turkey (as well as drinking milk shakes or lattes), this means giving up products which have been long-established in western diets.

However, there are ancillary nutritional and environmental benefits in removing these products from our diets.

Impact of Meat Consumption and Production

Meat can provide important proteins, vitamins and minerals. However, excessive consumption, particularly of red and processed meats can lead to raised cholesterol levels and increase the risk of heart disease.

Therefore the removal of these foods will help to promote a more healthy lifestyle.

Additionally, meat production, in its use of fertilizers, machinery and transportation, causes twice the pollution of plant-based foods. Beef alone causes a quarter of these emissions.

So a move towards a meat-free diet contributes to less greenhouse gases being produced.

The benefits of eating fish have long been promoted. However, recent research has highlighted that over-consumption of fish could impact the immune system.

Certain fish, such as canned tuna, can also contain high levels of mercury.

Aside from these risks, the impact of fish farming on the environment is causing concern with increasing amounts of chemicals being found in caged salmon. Other consequences to the environment include pollution and damage to coastal habitats.

Similarly, there are a number of nutritional benefits associated with dairy consumption. However, there are increasing concerns that dairy can lead to a number of conditions such as diabetes or Parkinson’s Disease.

From an environmental perspective, the impact of dairy farming is also being felt in a number of ways from methane production to deforestation and water pollution.

Aside from the positive impact that turning vegan can bring from an ethical and environmental perspective, the switch to a vegan diet can have both positive and negative physical effects.

Studies have shown that switching to a vegan diet can aid weight loss. A study by Loma Linda University showed that vegans had a 4.7% lower BMI compared with omnivores.

A vegan diet can also help to reduce blood glucose levels and therefore help reduce the risk of type 2 diabetes. A study of around 21,000 people showed that turning vegan can increase good cholesterol while reducing bad cholesterol.

As bad cholesterol can also lead to heart disease, there is evidence to suggest that this can also be reduced by switching to a plant-based diet. A 2014 study showed that 22% of participants saw heart disease reversed by doing so.

Critics of veganism often cite that it does not provide the right nutrition for an individual. However, a study by Harvard University found that replacing meat with plant-based alternatives provided sufficient nutritional value.

In addition, plant-based proteins could be as nutritious, if not more so, than those found in animals.

A vegan diet can also lower the risk of cancer. A 15 year-long study by Oxford University showed that instances of cancer were 19% lower among those on a vegan diet compared with meat eaters.

There is an increasing number of sport stars turning vegan. Many of these people cite an increase in energy after having switched to a plant-based diet.

In addition, increases in flexibility and athletic performance have also been identified. Other positive side effects include improved skin, reduction in stress and anxiety and increased happiness.

Perhaps inevitably, there are some negatives to switching to a plant-based diet.

Turning vegan can have a number of benefits from a digestive perspective. However, many foods associated with a vegan diet can cause bloating and gas.

The good news is that this is often temporary and changing the way certain foods are prepared and eaten can help to reduce any unpleasant feelings or side effects.

Although vegans are more likely to have a lower BMI compared with omnivores, the downside is that this is more likely to be associated with bone fractures.

An Oxford University study of nearly 55,000 people found that non-meat eaters had a higher risk of fractures due to these groups consuming less protein in their diet.

As mentioned earlier, a plant-based diet provides all the essential nutrients; however there are some nutrients that are not as well-represented.

For example, gaining sufficient Vitamin B12 can be an issue within vegan diets – coupled with the fact that many B12 supplements are derived from animals.

In addition, iron deficiency can be an issue for vegans, especially as meat is a well-known source of iron.

We discussed earlier how weight loss can be a positive side effect of veganism. However, conversely, there are those that end up gaining weight as they turn to items that are high in carbohydrates to compensate.

In addition, there are plenty of items that, although vegan, contain as many calories as their meat-based counterparts – such as vegan sausage rolls.

We have looked at the dietary and physical impacts of turning vegan; however the social impact is often overlooked. How does turning vegan affect one’s social life?

Despite restaurants having increased their non-meat options in recent years, the choices for vegans remain limited and can be a frustration.

Some of the big restaurant and fast food chains now have a number of vegan options; however, menu options can often be the least of the problems a vegan has to deal with when eating out.

One of the main difficulties vegans face is being judged by non-vegans in social situations. Many find themselves being questioned about their choices while also meeting ridicule.

This has been referred to by sociologists as ‘vegan stigma’ and many feel that they are judged more harshly compared with vegetarians which can make life difficult.

Leading on from this, vegans can find themselves isolated both within and outside of social situations. Research has shown that vegans find a lack of like-minded partners, family and friends as their biggest social challenge.

This means they can be excluded from occasions as it’s felt their beliefs might not fit in with others’.

Vegan clothing is growing in popularity with the likes of Stella McCartney and Tom Ford producing vegan-friendly clothing lines. However, vegan fashion is not always sustainable as alternative materials such as PVC are toxic and harmful to the environment.

In addition, the amount of water used in producing a cotton shirt could sustain a person for two years.

Similarly, the global vegan and cruelty-free cosmetic market is growing at a significant pace with people wanting to look good without causing harm to animals.

But there is a distinct difference between a product being vegan and one that is free from animal cruelty; in fact, it’s quite conceivable that a product that is free of animal ingredients has been tested on animals prior to production.

Turning vegan is not only about avoiding foods but also discovering and embracing new foods which can help change you physically and have a positive impact on the environment. However the switch is not without its challenges.

From a health perspective, the switch to a plant-based, non-meat diet provides many benefits. However, it needs to kept in mind that a vegan diet is not a ‘silver bullet’ and can mean missing out on certain vitamins which can impact on such areas as bone health.

In addition, a vegan has to meet many social challenges in their choice of lifestyle and needs to be ready to meet these.

However, it is clear that the world is beginning to embrace Veganism as a valid way of living and everything points to it becoming ingrained into the fabric of society in the future.