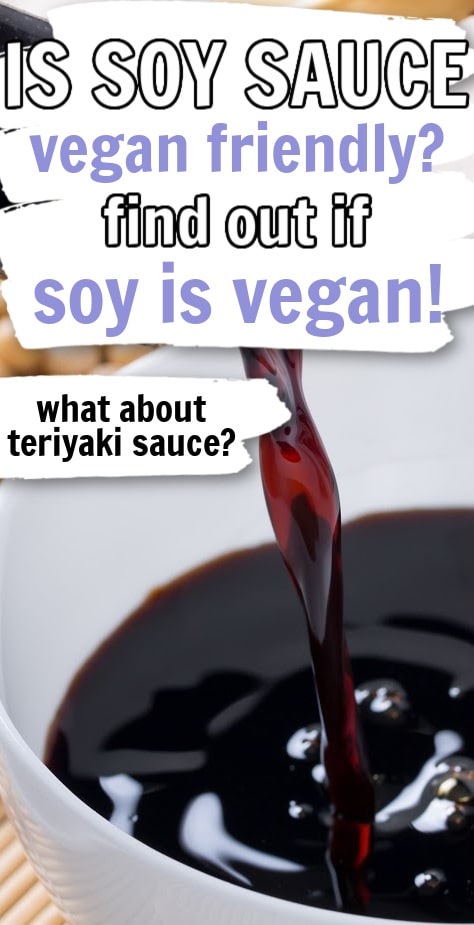 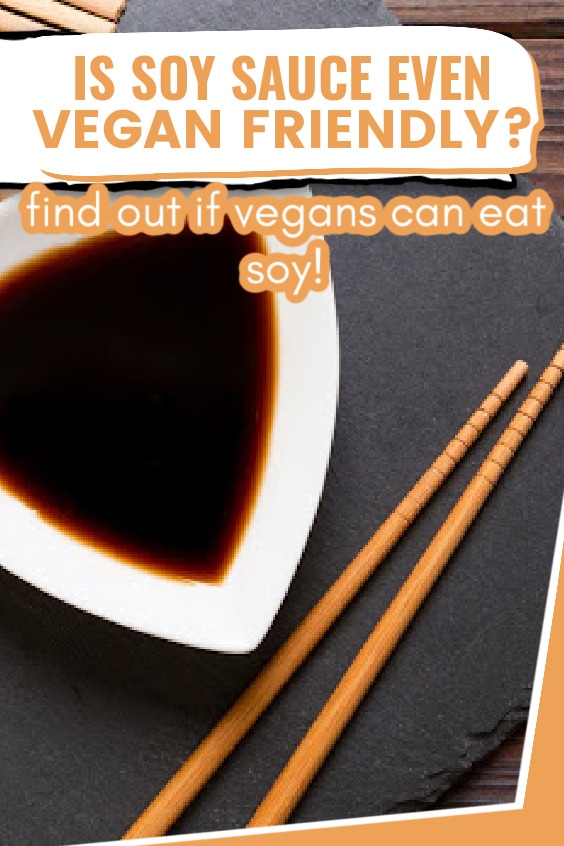 We’ll cut straight to the chase-

Yes, soy sauce is vegan and vegans can eat soy 🙂

Soy sauce is traditionally made from 4 ingredients:

Traditonal soy sauce is made in these steps:

Is soy sauce plant based?

Yes, soy sauce is plant based. There are no animal derived ingredients or processing methods used for making soy sauce.

No, traditional soy sauce doesn’t contain fish or any other animal product. It only contains soybeans, wheat, brine and Aspergillus mold for fermentation.

Is there alcohol in soy sauce?

“Soy Sauce is a naturally brewed product like wine or beer. It is made from soybeans, wheat, salt and water. During the fermentation process, the wheat starches are broken down to sugars and part of the sugar is changed into alcohol. The alcohol adds to the aroma and overall flavour of our Soy Sauce. This product contains approximately (1.5% – 2% alcohol by volume).”

Why is soy sauce so salty?

Soy sauce is salty because of brewing step- it’s either brewed and fermented with brine or coarse salt.

Soy sauce has so much salt added because the salt is antimicrobial. Once the soy sauce is fermented, salt is added to stop the growth of microbes or bacteria.

Can soy sauce kill you?

What would happen if you drank a whole bottle of soy sauce?

A 55 year old woman from Japan suffered from depression. She drank a large amount of soy sauce and died.

NPR.org has figured out the ratio of salt that could kill you:

“A salt dose ranging from 0.75 grams to 3 grams per kilogram of body weight can kill someone. A tablespoon of salt weighs about 15 grams, in case you’re wondering.”

Flavoring your food with soy sauce is fine- chugging a bottle is decidedly not.

Is it OK to eat soy everyday?

Yes, it’s okay to eat soy everyday in moderate amounts. Stick to whole, unprocessed soy products (like tofu, edamame and soy milk) and try to stay away from soy isoflavone supplements and foods made with textured vegetable protein and soy protein isolate which can be found in protein powders and energy bars.

Why is soy bad for females?

Isoflavones, which are plant estrogens, can be found in soy. Luckily, food sources of plant estrogens don’t contain high enough levels to increase the risk of breast cancer.

Is it OK to eat tofu everyday?

Yes, you can absolutely eat tofu every day. Try to stick to the recommended 3 servings.

No, traditional soy sauce is made with roasted wheat.

If you’re looking for gluten free soy sauce, try Tamari or Bragg Liquid Aminos. (We use Braggs instead of soy and absolutely love it. There is way less salt, no gluten and, in our opinion, more flavor.)

Is soy sauce bad for you?

Even though soy sauce is high in sodium- it’s not as high as table salt.

There are both benefits and risks to soy sauce:

Stick to soy sauce that is made naturally and doesn’t contain any extra additives or coloring.

Teriyaki sauce is usually made from soy sauce, sake, sugar and ginger. Some brands add other ingredients, like honey, which would make it not vegan.

Or, make your own!

Oyster sauce is made with real oysters, so no, it isn’t vegan.

These are the ingredients from the Kikkoman brand oyster sauce:

You can get vegetarian oyster sauce from Amazon.

Or, make your own vegan oyster sauce at home!

Fish sauce is literally made from fermented fish so, no, not vegan.